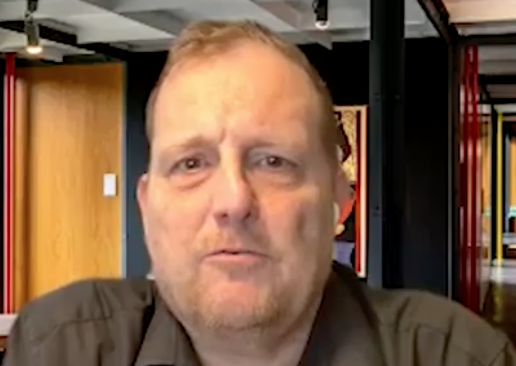 He was diagnosed with Type 2 diabetes at age 40, when, during a general physician visit, they discovered that his blood sugar levels were abnormally high. The diagnosis came as quite a shock, since he had been seeing his doctor regularly over the preceding years, and the possibility of diabetes had never been discussed. After learning he had diabetes, he worried: “Am I going to die in 5 years?” The late diagnosis, he says, may have been because they didn’t perform H1BC tests at regular intervals during his previous physical exams. In fact, his specialist told him that he had likely acquired Type 2 diabetes 10 or even 15 years earlier. In the earlier part of his career, his fast-paced and international work environment meant that he ate and drank in excess. He was significantly overweight at the time of diagnosis, so his doctor instructed him to “lose 20 or 40 kg first, then come back and we can talk about treatment”. This led him to immediately feel the stigma associated with Type 2 diabetes, as he said, “Type 2 diabetes is not a kind word.” He managed to lose a lot of weight over the coming months, but also struggled with different infections along the way before returning to the doctor and being assigned a diabetes specialist. The specialist introduced insulin treatment and gave him a small booklet to record his blood sugar measurements throughout the day, and to calculate the appropriate insulin dosages for different meals. He found this booklet to be very troublesome and antiquated - it was taxing to always carry a paper booklet around and constantly update it by hand.After the diagnosis, he had to measure his blood sugar via finger prick 5-7 times a day, and administer ‘fast’ insulin before and after meals, as well as ‘slow’ insulin once a day before bed (‘bedtime insulin’). It took some time for him to develop an innate sense of the carbohydrate content of various meals, such that he was able to intuitively set an appropriate insulin dose. He initially reached out to various diabetes discussion groups and Facebook groups, but had very negative experiences there. Most of the attendees were much older and had already suffered dramatic diabetes-related events such as amputations or loss of sight, which was frightening and overwhelming. The tone of these groups was also somewhat aggressive, filled with stark warnings and graphic images of ‘diabetes foot’ or similar conditions, rather than presenting diabetes as a manageable disease with the correct care. Today, certain medical innovations such as the blood sugar monitoring patch have radically transformed the patient’s day-to-day experience of diabetes. He no longer has to manually test his blood sugar by finger prick and record it by hand 7-10 times a day, but can simply check the mobile app on his phone, which both measures and records blood sugar data 24 hours a day. He feels that an earlier experience with a mental health condition helped prepare him for diabetes, as it taught him the importance of a “multi-layered” approach to the condition, drawing upon medical professionals as well as other more informal avenues of support.