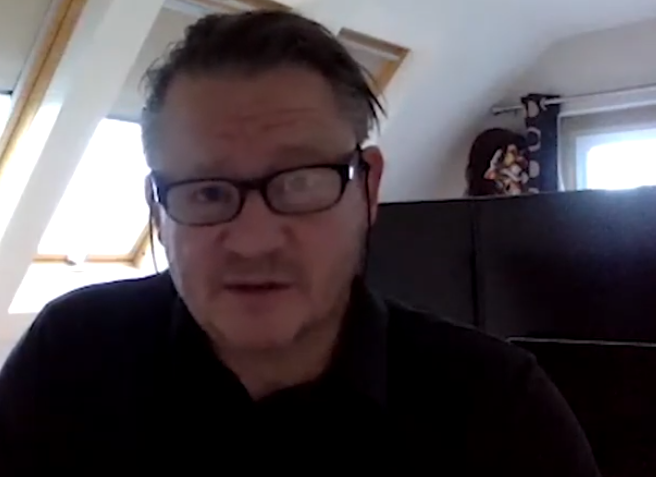 “Nobody knows your body better than you.“ J-P.C.

He suspected from an early age, around his mid-20s, that something might be amiss due to occasional chest pain. He has a family history of cardiovascular issues; several relatives had had strokes and his father suffered a severe, career-ending heart attack around the age of 50. Due to this family history, he went to see a doctor in his mid-20s and was put on statins as a precautionary measure. Fast forward two decades, he was walking outside with his family at Christmas and suddenly started experiencing an unusual sensation in his chest. However, because he was very active and fit, he didn’t think it would be anything too serious. As the discomfort had not subsided after several hours, he decided to see a doctor. They did an ECG, which was nominal, and had his troponin levels checked. The results seemed normal. The cardiac specialist nurse told him that he “probably had just pulled a muscle in the gym”. But he knew it wasn’t just a pulled muscle. As he pointed out, “Nobody knows your body better than you.”Still feeling chest discomfort, he was told for the next four months that he was just being anxious. He finally had a CT Angiogram to rule out his concerns/anxieties. Within a day of the CT, they called him and said “you were right” and apologized. Following several more tests, he had a PCI Angiogram. The Cardiologist said almost straight away, “do you know how lucky you are? You should be dead.” His right coronary artery was 99% blocked. He felt like jumping, due both to shock and having finally received a diagnosis. A series of blood tests followed, which indicated that he had an inherited cholesterol molecule called lipoprotein ‘little A’ (Lp[a]).He has always been very curious and was motivated to research more about his condition in order to advocate for himself. His background in the engineering and technology business meant he felt more prepared to read journal articles about Lp[a] and deal directly with the ‘pure science’. In the meantime, he was put on PCSK9 inhibitors. The cardiologist performed an angiogram on the left coronary artery as well, and decided that stents alone wouldn’t be enough. He would need bypass surgery. This was done in May 2018. Yet within a week of the surgery, he was readmitted for a hospital-acquired infection. He contracted double pneumonia, suffered a collapsed lung, and nearly died. This was “the scariest moment of his life”. In 2019, nearly two years after the initial diagnosis and identification of Lp[a], he elected for routine apheresis to filter Lp[a] from his bloodstream, as he realized it was the only long-term pathway that would allow him to maintain a functioning life. But getting into an apheresis facility proved very difficult, as there are only 8 such facilities in the UK and none in Ireland.The nearest facility ended up being in Cardiff, but due to complications in the handover between the Welsh NHS and English NHS, his apheresis was delayed by at least a year. He leveraged the help of two patient advocacy organizations, of which he is a member, to reach the right contacts and finally set up his apheresis arrangement in London. He has been required to go for bi-weekly apheresis sessions ever since, which is a full day commitment with travel. Today, he is still trying to get to the point where, as he says, “this is my normal, and I’m comfortable with my normal”.