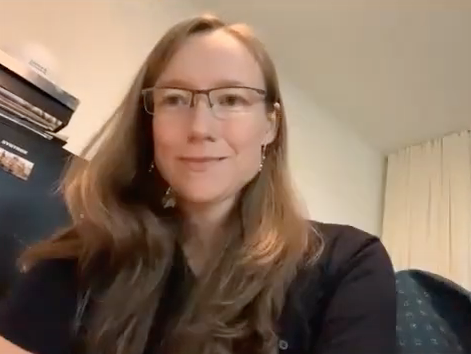 “Many doctors believe in their abilities and do not like to agree to their mistakes.“ S.R.

The whole story began with her falling down the stairs; an accident that led to multiple injuries and a lot of pain. Her main source of pain was not clear for a long time. She went to many different doctors and they all thought the problem was with the spine. Each doctor gave her a different diagnosis, which was very frustrating. Their reasoning always sounded quite logical. However, in the end, she had the feeling that some doctors simply look to their favorite diagnosis.Her pain was always in the same place and over time she learnt what made it worse. She had an MRI scan. However, it was done poorly and as a result, did not show very much. The doctor said it was fine, but she did not agree and after 6 more months she managed to persuade the doctor to prescribe another MRI. This time, the MRI showed she had a labrum tear. So, 1.5 years after the accident she had hip surgery. However, a pinched nerve in the thigh/groin resulting from the accident wasn’t detected and was further damaged during surgery. This caused her problems to become worse after surgery.Still today, they have not found a cure for this damaged nerve, which means she has to live with the pain. She is only able to lie on her stomach because a supine position irritates the nerve. As a consequence, she has developed further comorbidities, such as stomach problems, malabsorption & osteoporosis. To help the pain, she received a nerve modulator implant with electrodes and different settings. One of the settings helped, but she couldn’t use it because it also activates her Sympathicus. Sadly, the other settings did not help.Over time she has learnt what makes the pain worse. For example, she has more pain after a hospital visit. She already knew that bumps and shaking create problems for the injured nerve, but has recently realized that packing movements also irritate the damaged nerve. Packing is also stressful on her neck and she now starts packing earlier when a hospital visit is scheduled. Moreover, she now notices symptoms (e.g. pain, deficiencies) before the norm values are outside their normal range. However, most doctors do not react to this or are not aware of this.Doctors experienced with patients who have multiple disorders sometimes know that it usually gets increasingly complicated the more disorders a patient has in parallel. HCPs are not usually up to date regarding her situation. Either they have not read the documents or they do not understand the complexity of her situation. As a result, she needs to explain her story over and over again. Sometimes this means valuable time is lost. One day she had extremely bad stomach pains and called the “mobile doctors”. Her GP had told her in the past that she should receive two different medications intravenously in cases like these, but the “mobile doctor” questioned her for an hour until she was finally given the two medications.Her experience with support communities and more experienced patients is limited, due to the fact that it is difficult to find patients with similar experiences. She has, however, often received valuable information from the experiences of others. Most of her knowledge has been gained by reading information. At times she would have wished for more support in the administration area.