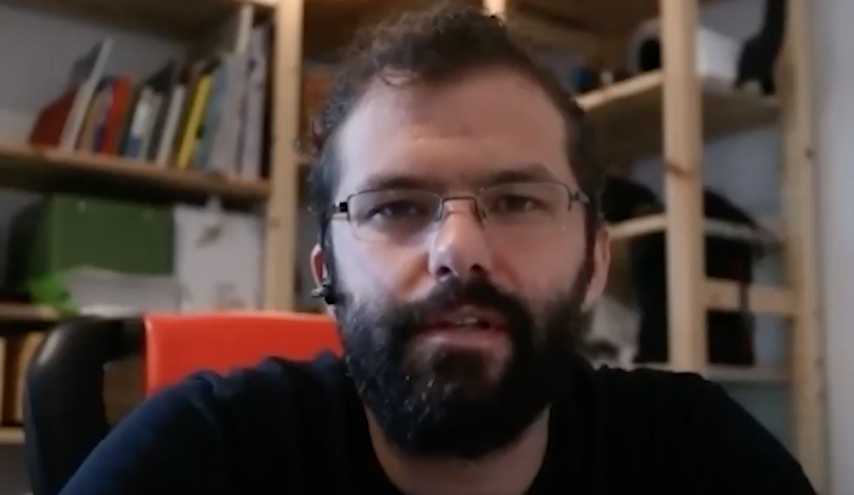 “I could meet older patients and learn from them. I did not feel like the only person who had it or that I was different.“ S.S.

As a small toddler, he coughed a lot more than other children of his age. His mother noticed that something was not quite right, so they visited a doctor. The first assumption was asthma. However, at the age of six, he received the diagnosis of Cystic fibrosis (dysfunction of the cells in regulating the body's salt concentration). The diagnosis is done with a sweat test to measure the salt concentration and today, every newborn child in Switzerland gets tested.Luckily, he has never spent much time at hospitals. He went 1 to 2 times a year to "höhenklinik" in Davos until the age of 20. After 20, he didn't go to Davos anymore and would simply go to a hospital near to his home for routine checks. Every 5 to 7 years he would have Antibiotic IV (intravenous) therapy at a different clinic in Davos, in the hospital or at home. In the höhen clinic he learnt how to live with the disease, underwent therapy and did activities with other patients. It was very positive experience for him: “I could meet older patients and learn from them. I did not feel like the only person who had it or that I was different”.When he was 20, he started to manage the illness himself. Every day he needs to do his breathing exercises (2.5 hours) and inhale medications with a Turbuhaler. Sometimes, in acute situations, he receives cortisone and occasionally antibiotics. From 20 to 23 years old, he had a hard time staying compliant with the rules (exercises and sport). During these years he says he lost his ability to judge how well he was feeling. Although the results from doctors sometimes turned out to be very bad, he did not feel that bad.One of his greatest problems was to stay motivated. His solution was to start a diary where he would write about his daily activities and rate how well he was feeling that day. This enabled him to match his experiences with his subjective values and to understand which activities helped his well-being and which did not. For example, he understood that a full-time job may be too much for him and that sleep deprivation makes him feel a lot worse(e.g. more secretions, more lung bleeding). The diary proved that less work was better for his health, and he therefore reduced his workload to 60%.Further motivational support came from the “climacure” event, organized by a patient organization. It took place once a year on the Canary Islands and lasted for a couple of weeks. Other patients, doctors and physiotherapists were present and the goal was to learn about exercises and receive lifestyle advice. At the moment, social media helps him stay motivated, although today he gets by with less support than before. He also uses a fitness tracker to see if he is faster or slower when jogging, which motivates him to continue because one of his biggest issues is an inability (due to illness) to go faster.When it comes to information, his main issue was dealing with the given information, rather than finding it. Much of his information came from the “höhen klinik” and yet the symptoms that doctors found really bad were not stated as such on the internet or in other sources. Data sharing is not much of an issue. So, if a good solution comes out of the hackathon he would not mind if it is built on Google server, as long as the data is protected.