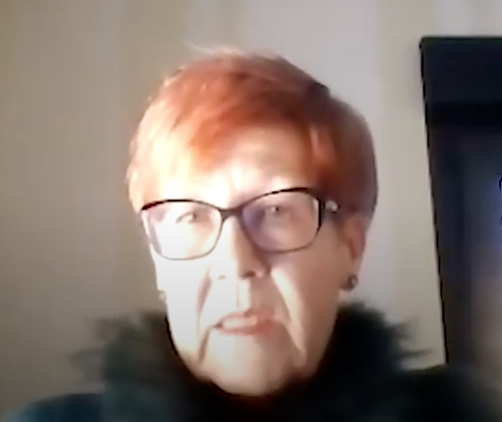 “As a patient you are always in between; who do you believe?” E.O.

Atopic dermatitis started at about 6 months of age and lasted until the age of 37. During these years, its severity fluctuated strongly. At times certain foods (e.g. strawberries) seemed to exacerbate it, as did specific personal situations.In general, she had only mild or no symptoms in the summer and winter months. At the age of 27, while working on her PhD with many mice, she developed asthma. Her first and only emergency visit (until 2019) happened when she was not able to move more than 3 steps without stopping.Ten years later, her dermatitis vanished after a serious phase of rashes, urticaria and open skin. Curiously, this event occurred right after she received a yellow fever vaccination. Thanks to information on how “to cure” asthma gathered during interviewing physicians for a market survey, she managed to lose her asthma except for restricted allergic components: horses, cats, dogs & molds. In summary, she learned to live with chronic, fluctuating symptoms/diseases, acknowledging that forms and influencing factors might change over time in the context of living and working matters, given that we are complex, adaptive systems.The patient journey over the last 3 years seems to indicate the same, only with different symptoms, diseases and events. In principle, it started with a melanoma surgery in 2014, after which the calcium stayed slightly enhanced without follow up. Only when pain (level 10 on the pain scale) suddenly appeared, parathormone was measured (2017), leading to surgery to remove one parathyroid with an added, and unnecessary, removal of part of her thyroid (4/2018). This seemed to reactivate allergic reactions and inflammation susceptibility in various regions of her body.Characteristic are different kinds of pain at varying places combined with sensory symptoms depending on orthostatic position (2019). No physician considered this dependency. One part of the solution was found after an asthma attack (after 20 years without any symptoms) forced her into the hospital (05/2019), which led to an additional journey of 10 weeks to clarify “what the added mass around her thymus could be” that a CT scan seemed to show. It turned out to be her own vein (misinterpreted images due to not considering the exact measurement conditions). However, an intra- and intermuscular tumor (8x7x4 cm) in the abdomen pelleting her liver was detected. Whether it was a lipoma or not, she does not know, because they questioned: “Is it a lipoma, and if not, what is it?” when sending it into the pathology lab. So, they just looked for lipoma characteristics, despite the fact that at some edges the shape could indicate otherwise. This tumor had been seen on a CT scan 2 years earlier, but not mentioned in the “official physician’s findings”. After the surgery, most of the neurological pain and unpredictable sensations vanished, but not completely. The journey continues with sudden edema, bursitis, inflammation and pain. She is not yet sure if there is a rhythmic fashion or a specific context.Her insights and opinion: Today, it is even more difficult for a person/patient to receive help in time, as appointments are delayed (up to 6 months), experts focus only on their disciplines, there is no re-creator of a complete/holistic image in place, evidenced-based approaches neglect the individual case, and guidelines restrict the area to be examined. Physicians tend to neglect clinical examination in favor of measured results despite being unaware of their technical and biological restrictions. This means that to arrive at a diagnosis in time, [the system] needs additional approaches.Along the way, she tried to better understand her situation and to connect symptoms with a relevant context by writing a diary. But she stopped quickly because she felt it kept her feeling sick. In addition, she thinks that the protocolling of symptoms should be more objective, “on demand”. She could imagine using a 24-hour, comfortable, open HRV device(or any other appropriate signal giver) which “asks” her to comment , if…” In general, she thinks that consent forms for using such devices should be written in an understandable manner and the data that is collected by these devices should be in her control.